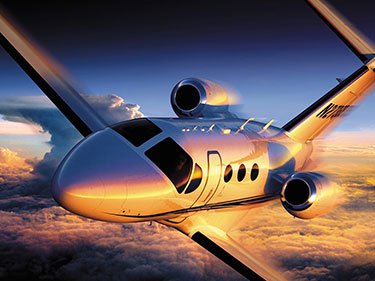 Our friends at on-demand private jet charter marketplace Victor shared some of their recent research with us, and the stratospheric increase in charters to Ibiza caught our eye. We were aware that ‘the White Isle’ is currently something of a hot spot for second homes and property investors, but Victor’s 441% increase in requests, 2016 vs 2015, is further evidence of its popularity.

With increasing numbers of fine restaurants, beach bars, yacht moorings, VIP clubs, 5-star and boutique hotels and spas, Ibiza has added the infrastructure to support its natural beauty and climate.

For those renting one of the island’s luxury villas, Ibiza’s traditional high season has extended from a couple of months to take in June and September, while purchasers are seeing their properties increase in value, in part driven by occasional moratoria on new building.

Most popular jet chartered in 2016:

With 945% growth over a four-year period, Victor was recently ranked one of Europe’s fastest-growing companies in the FT1000 listing. The key, according to founder and CEO Clive Jackson, is having a unique mix of “tech innovation and high-touch customer service”, as well as being “fully transparent, with no up-front fees and globally on-demand 24/7. Many jet charter models are subscription-based with fixed routes, set times and up-front payments – yet the fact that 82% of Victor flight routes last year were unique rather than regularly repeated, shows that elite travellers want flexibility – they want to be able to set their own agenda.”