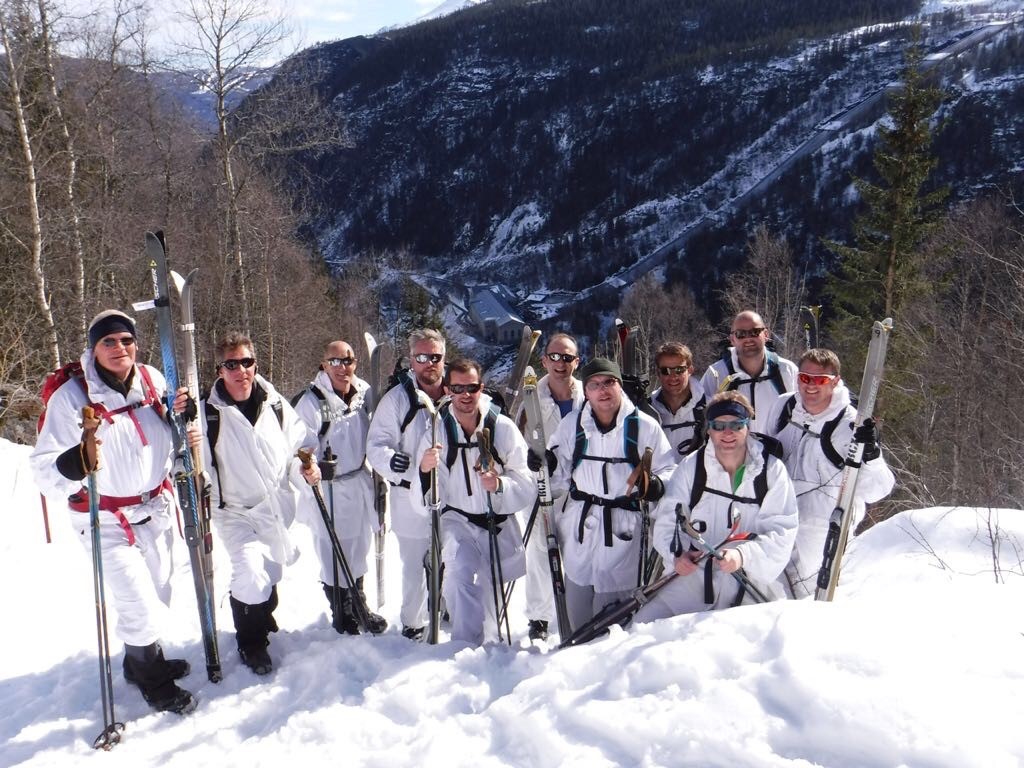 Middleton client Alex Lowrie was determined to mark the 75th anniversary of the real-life ‘Heroes of Telemark’ – a group that includes Alex’s own great uncle – and their mission to sabotage Hitler’s atomic bomb plans.

“I was part of an eight-man team in March 2017 who embarked on a gruelling cross-country skiing expedition to follow in the footsteps of an unbelievably brave group of World War II heroes.”

As well as funding the trip themselves, Alex and his team have so far raised over £30,000 for Alzheimer’s Society and the Special Boat Service Association (SBSA), and hope to add to this total on Thursday 14 September 2017, when best-selling author Damien Lewis will talk about the original Heroes of Telemark, the subject of his book Hunting Hitler’s Nukes.

“Supported by ex Special Forces ‘handlers’ we carried and pulled our own equipment, slept in snow holes and sometimes in the huts used by the original saboteurs, and finally re-enacted the attack on the Vermork heavy water* factory,” says Alex.

“It was an incredible experience for all of us, and an insight into the awe-inspiring feats that are a founding part of British elite forces legend. Damien’s book, Hunting Hitler’s Nukes, gives our own story its authentic historical inspiration, and is peopled by a cast more extraordinary than any work of fiction. I know this will be a fascinating evening.”

General admission tickets (£35) for the talk at The Royal Geographical Society, Kensington, which starts at 7.15pm, and Gold tickets which include a drinks reception from 6pm (£50) are available now. If you are unable to make it and would still like to make a donation, this can also be done through the ticketing website, or Virgin moneygiving.

“I very much hope to see you there. The RGS has 700 seats, so please pass this on to as many friends, family and colleagues as you can and help us make the evening a massive success.”

* The story that became The Heroes of Telemark was officially known as the Norwegian heavy water sabotage, ‘heavy’ water being a crucial component in nuclear weapon production.