Opinions amongst London’s property community are divided when it comes to Chelsea Barracks. With Georgian-inspired squares, an old chapel and a vegetable garden at the heart of the site the architects certainly found a way to overcome the objections that had dogged the initial schemes. But prices start at £5.25m for two-bedroom flats rising to £38 million for what are reckoned to be the only new-build houses in central London. At around £4,000 per square foot, that makes Chelsea Barracks up to three times the price of period property in nearby Belgravia where a square foot starts at closer to £1,300. 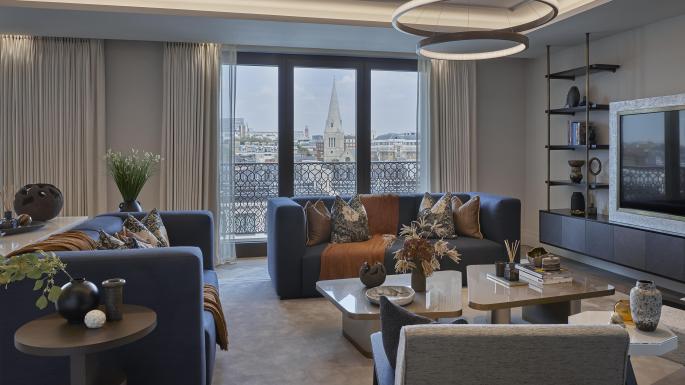 “You can lose out if you buy into a big scheme,” says Mark Parkinson. “At the Earls Court development in west London for example, the site lost more than half its value after some of the initial purchases. Buying on a good period street doesn’t have that risk,” he says, “while service charges for new-builds are usually far higher too.”

The issue for those who prefer period property is supply, of course. There are very few on the open market currently, which makes Middleton’s contacts and skill in uncovering off-market sellers, increasingly valuable.

“What the success of Chelsea Barracks does show however, is that London is still a place where people are investing heavily – as developers and as residential property owners,” says Parkinson, “And that is a positive for everyone.”