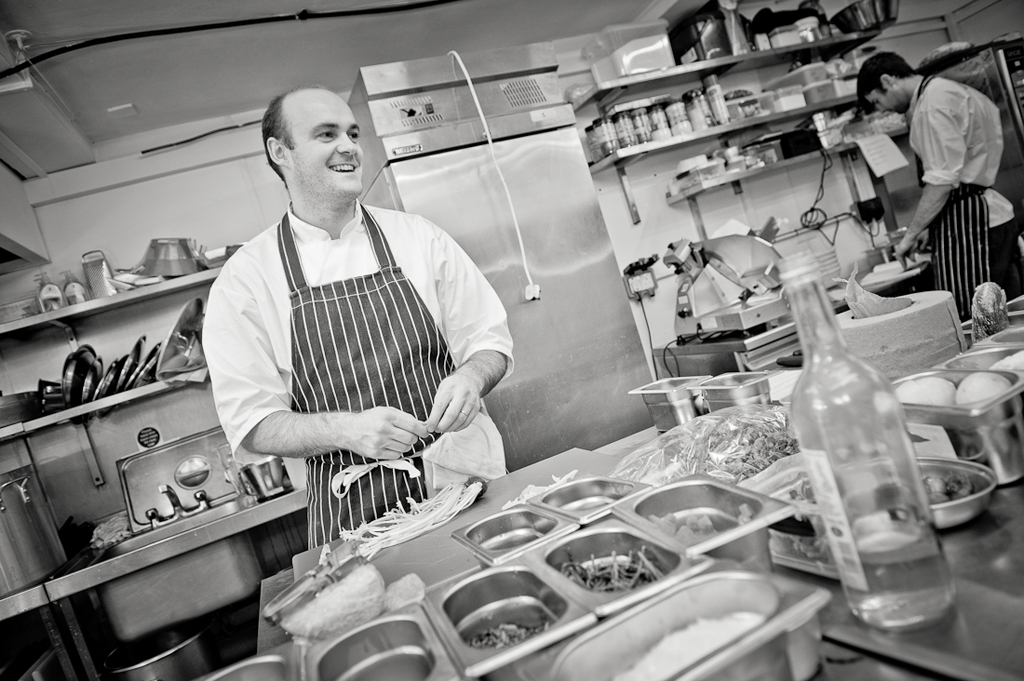 Middleton client Joe Mercer Nairne barely had a chance to caramelise the endive, crush the borlotti beans or purée the fennel before his restaurant venture was awarded its first Michelin star. Now with three AA Rosettes, London AA Restaurant of the Year award, and ecstatic reviews from the not-easily-pleased AA Gill, Jay Rayner, Matthew Norman and Giles Coren, Joe reflects on his first three years as head chef and co-owner of Medlar in Chelsea.

Most gratifying moment? Just getting the restaurant open and having customers come through the door was it for me. That was the culmination of years of hard work in other people’s kitchens and a dream of mine from the moment I decided to become a chef. Being the chef at my own restaurant had been my goal from the outset and I followed that road pretty bloody-mindedly.

Scariest moment? Again, just opening the restaurant. It was the most sustained pressure I’ve experienced. I lost two stone in about two weeks. You simply don’t know how your food
and restaurant will be received, and if nobody comes you close. It’s as simple as that. The financial loss would have been extremely painful but the sense of failure worse.

Favourite guest/diner? I don’t get to interact with the diners as much as I’d like as I’m hands on in the kitchen, but when Mark Knopfler from Dire Straits comes in, I get to sing Money for Nothing all night and play air guitar!

Don’t leave Medlar without trying… The crab ravioli I guess. It was never meant to stay on the menu but it’s so popular I can’t take it off. We’ve sold around 50,000 now. The dish which encapsulates Medlar for me though is the Duck Egg Tart with red wine sauce, turnip purée, lardons and sautéed duck heart.

Remaining ambition? We’d like to open another couple of restaurants in London of a similar kind of style to Medlar.

Most visited foodie website? I read Andy Hayler’s restaurant guide. He’s been pretty much everywhere and is fair I think.

Most inspiring chef? If you work for good people you watch how they work, how they run their business and you try to emulate that, so for me Bruce Poole. I worked at Chez Bruce for four years and learned a great deal. I went to work there in the first place because it was one of my favourite restaurants in London.