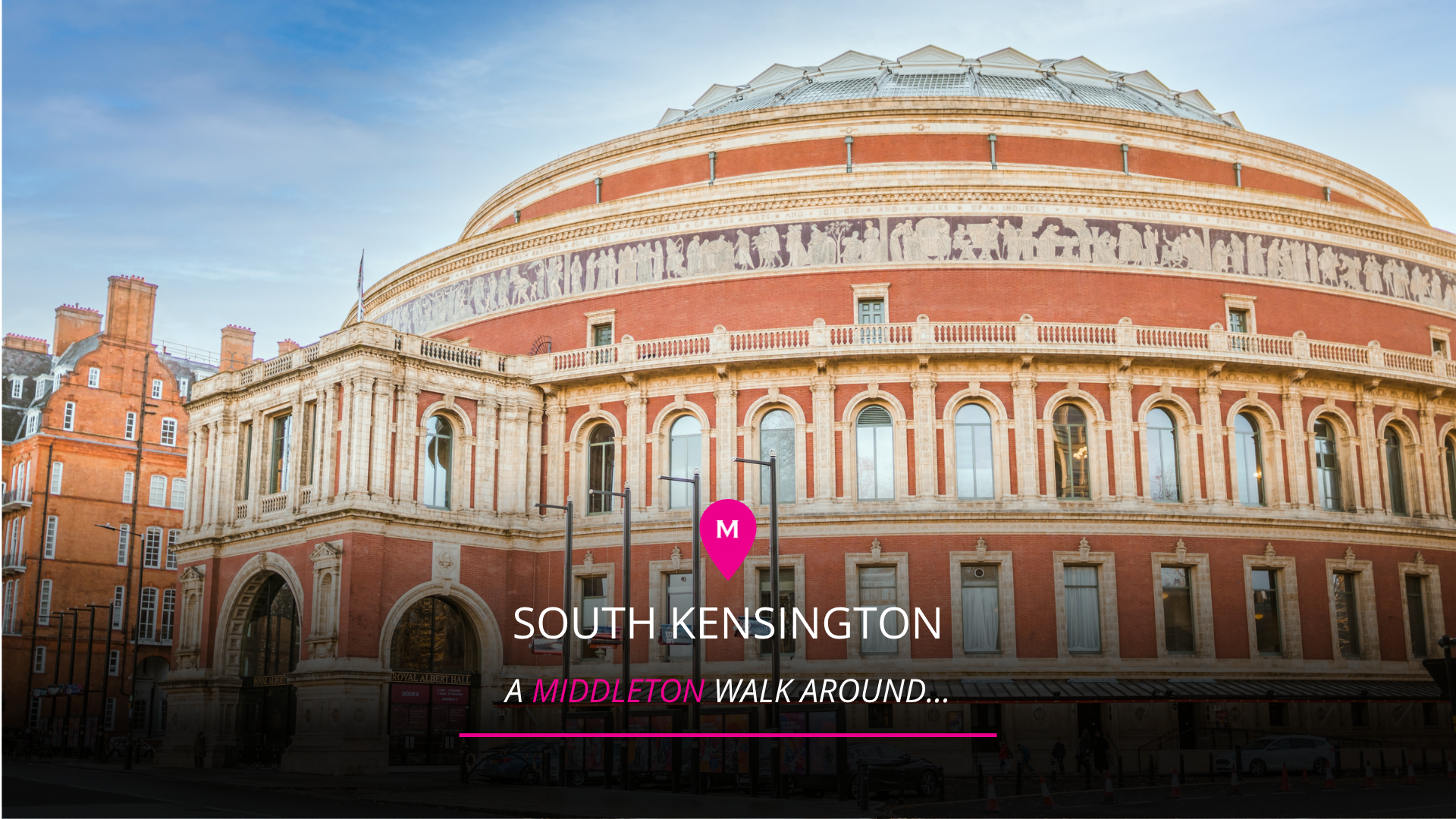 A walk around South Kensington with James

As part of our Walk Around series, Head of London Sales, James Moran takes us on a stroll around the beloved South Kensington, the established residential area in the heart of the Royal Borough of Kensington and Chelsea.

Very little has changed since the houses were built in the late 1800’s, though many have now been converted to flats. Made up of numerous garden squares with towering plane trees, planted to combat pollution at the time of the Industrial revolution when London was black with soot and smoke. These private ‘resident only’ gardens are very popular with families who enjoy direct access to communal gardens. These sought-after green spaces provide an oasis of calm far removed from the hustle and bustle of central London.

South Kensington is rich in cultural and educational attractions, housing a variety of London landmarks. Whether it’s a lesson in history, science or the arts, the area is full of famous establishments welcoming locals and tourists alike. There is no shortage of architectural statements with Kensington Palace, the Natural History Museum and the Royal Albert Hall all within a mile radius. Combining Italian-style architecture with an unmistakable domed roof, the Royal Albert Hall sits in pride of place just a stone’s throw away from Kensington Gardens. Celebrating its 150th anniversary as the “nations village hall”, the concert hall hosts an array of events throughout the year.

Due to the success of the Charles de Gaulle Lycee on Cromwell Road, like Deauville in France, South Ken is often quoted as being the ‘unofficial’ 21st arrondissement of Paris. Many French families are drawn to the appeal of being able to educate their children under the Baccalaureate system. The area is also well known for established prep schools, frequently spotted by seas of boater hats. Founded in 1895, Glendower prep school is one of the oldest in South Ken.

Daphnes is a South Kensington institution and is one of the most popular lunch spots in the area, particularly during Chelsea Flower show week. On the other side of Sloane Avenue is the highly acclaimed restaurant, Elystan Street popular for its modern European cuisine and understated decor – a Middleton favourite. Whilst on Sloane Avenue you cannot miss the iconic Michelin building that houses the recently installed Claude Bois at his restaurant on the first floor in a stunning dining room.

At the heart of South Kensington are two magnificent addresses that are well known as being leading London locations that families, domestic and international, are drawn to for the gardens and rooftop terraces. Situated between Old Brompton Road and Fulham Road are “The Onslows’. Many of the blocks back directly onto the communal gardens, so if you are looking for a quiet yet centrally located house, Pelham Crescent would have to be at the top of most buyers’ wish lists.

There has been little development of note in recent times but that is about to change, TfL have plans to restore and enhance the buildings and land at South Kensington Tube station. This is to provide new homes, including on-site affordable housing as well as workspace and commercial premises. Though this is all subject to planning permission, as the original plans have been rejected TfL are appealing to get the plans ‘back on track’. For a two-bedroom flat on Onslow Gardens SW7 you would expect to have to pay no less than approximately £1m, depending on size, the floor and tenure and some achieving more than £3m. Houses on Pelham Crescent are rarely seen on the market but when they are you could expect to see the guide price at no less than £10m, in some cases breaching £3,000 per sq/ft.